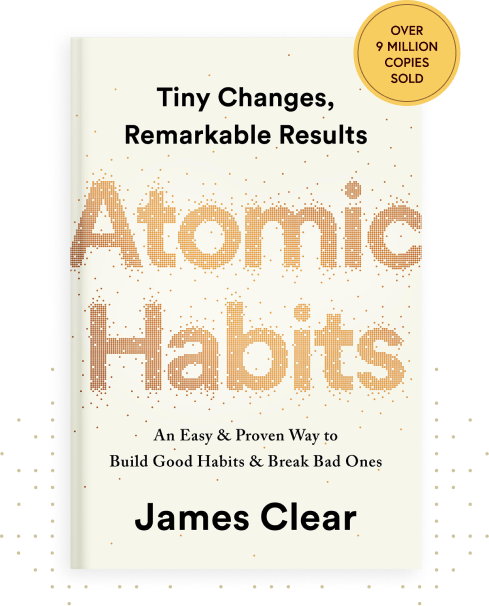 Many people want to make a few positive changes in their lives. They might want to lose weight, eat healthier, learn a new language, or master a musical instrument. But making the changes can be easier said than done. Many people don’t follow through on their intentions. However, if you follow a few simple principles, you can stick with your new habits.

Atomic Habits is an incredibly practical book that reveals strategies for habit formation and habit break. The author, James Clear, explains how to create and break habits by focusing on small, daily behaviors. These tiny behaviors eventually produce remarkable results.

One of the secrets of habit change is creating a strong commitment. A strong commitment makes the habit seem more likely to stick. Keeping a habit journal allows you to keep track of your progress. For instance, if you decide to sign up for a yoga session, you’re making a commitment to go. This helps you remain focused on your goals and helps you adjust your behavior as needed.

The author shares an example of how he transformed a boring task into a pleasurable habit. An engineer from Ireland named Ronan Byrne found that he preferred to watch Netflix while exercising than working out. So, he hacked his exercise bike and connected it to his laptop. He then wrote a piece of code that allowed Netflix to run only at a certain speed while exercising. The result? He turned exercise into a pleasurable activity!

Changing our habits can be challenging, but it doesn’t have to be. Just a few tiny adjustments can become habits and bring about big changes. According to habit expert James Clear, repetition of behaviors makes them automatic and become habits. Most of us often underestimate the power of the smallest changes to our routines. In reality, these tiny adjustments can create “atomic habits” – habits.

The science behind habits is clear: your brain makes decisions based on your environment. Creating new habits can prevent familiar cues from interfering. Using the right approach can help you build more positive habits faster and more effectively.

The concept of the two-minute rule is an excellent way to create new habits. When you can accomplish something in two minutes, you’re more likely to stick to it. This rule works with any new behavior. For example, if you want to read more, start by reading just two pages a night. Likewise, if you want to run a marathon, commit to running every day for at least two minutes.

One of the easiest and most effective ways to build good habits is by changing your environment. A hospital cafeteria experiment, for example, used this simple idea. Instead of sodas, the hospital installed water dispensers and positioned baskets of bottled water around the cafeteria. This led to dramatic changes in soda and water sales. Within three months, soda sales dropped by eleven percent and water sales jumped by twenty-five percent!

Introducing a new habit is a daunting task, so it is important to develop a habit that can withstand short bursts of effort. The two-minute rule helps people stick with it, by breaking up the task into short periods. Meditation is a good example of such a habit, because it takes just two minutes to complete. This technique can be very helpful for people new to meditation, as it helps them establish a habit without committing to long periods of time.

The rule has been endorsed by productivity gurus David Allen and habit master James Clear. Its application can boost your productivity and happiness. While it may not be as effective as a full-fledged productivity system, it does have some advantages. It doesn’t require a complicated workflow, 4×4 grid, or an inbox to work, making it easier to implement than many of the other habit systems.

In addition to overcoming procrastination, the two-minute rule helps people stick to their new habits. This rule is intended to make the start of a new habit simple, so that it becomes natural to take action. However, it is not foolproof, and you should keep that in mind when implementing this habit.

You can use this rule anywhere, both professionally and personally. However, it should never be used for critical tasks, such as those that need immediate attention. However, it can be helpful for practicing altruism and managing work anxiety. In other words, by implementing the two-minute rule, you will have more time for important tasks, rather than spending the entire day doing nothing.

When you practice the two-minute rule, you should read one page per day. This habit will help you to improve your reading habit. Just remember that you can modify the two-minute rule to suit your needs. A habit that is perfect requires regular practice. It must be something you are willing to do daily.

Habit change is a process that takes time, but a small change in one habit can have huge effects. Often, habits begin by putting off a task. By implementing the two-minute rule, you will soon be able to perform tasks with speed and efficiency. This can lead to a sense of pride in the accomplishment of a task.

The two-minute rule is a great way to start a new habit. The key is to practice it for two minutes at a time, and repeat it often. Eventually, you’ll be able to build on the habit and do more. But it will take some time and effort, so focusing on the first two minutes is essential.

Building new habits can be challenging, but it is not impossible. It’s just a matter of making small changes in your lifestyle. One of the most effective methods is linking new habits with old ones. This way, you’re more likely to stick with them and make them a part of your basic routine.

One of the most effective strategies for establishing good habits is to incorporate healthy practices into your daily routine. To do this, you should make a detailed schedule and integrate these practices where they make sense. Then, you can swap out bad habits for good ones. This is called habit stacking.