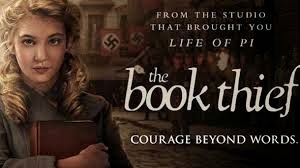 While there are far more violent book thief films out there, “The Book Thief” has a much more gentle tone and is aimed at children and families. This film explores the horrors of the Third Reich, but it doesn’t rely on violence. In fact, the movie is one of the few to feature a relatively clean bombing raid. While buildings are destroyed, the occupants look like they need a shower.

Although the film starts slowly, it’s an excellent insight into the lives of the ordinary citizen. It shows the perils of war and the stifling effects of a state that tries to stifle knowledge. It also highlights the ‘good’ message of life. The movie includes a moving scene with a dying young boy. His body is buried by the railway tracks, and the boy’s mother says goodbye. While this movie isn’t without its share of violence, it does feature some subdued crying, despite its ‘unscaring’ title.

Although THE GRAVEDIGGER’S HANDBOOK is based on a true story, this film is a far less violent version of the story. Instead of a gang war, the plot revolves around a young orphan, Leisel, who lives in a small town during the Holocaust. Her new foster parents are elderly, and she inherits their love for books, which makes her life happier and more fulfilling during the Nazi persecution.

There are many similarities between “The Book Thief” movie and book. In both cases, the film is an adaptation of a novel by Markus Zusak. The film stars Geoffrey Rush and Sophie Nelisse. The film was shot in Potsdam-Babelsberg, Germany. Film locations included Marquardt Palace and Babelsberg Studio. The book is a compelling read, and the film captures the story well, but there are also some differences in cinematography.

The Book Thief movie has a few changes from the book, but there are a few things that stay the same. One major change is the mayor’s wife, Ilsa. This character is very important to the story, and in the movie, she is not as present as she is in the book.