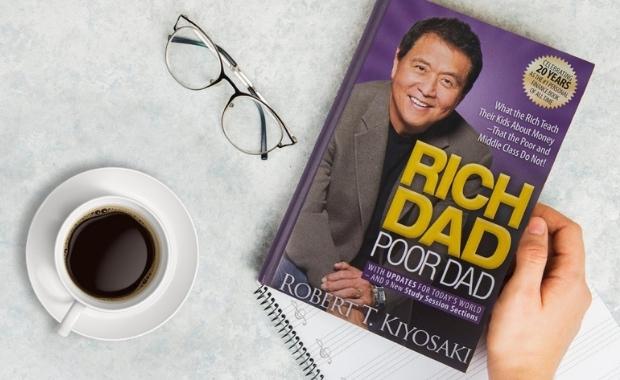 Rich Dad Poor Dad is a book that encourages readers to learn from their experiences in life. The author Robert Kiyosaki says his dad taught him not to be controlled by fear or greed. He also taught Robert to be humble and to take lessons from many different life experiences. The book is a great read for those who want to achieve great success and a more fulfilling life.

Rich dad encouraged poor dad to learn from varying life experiences, including bankruptcy, divorce, and the death of a parent. In addition, he knew that when the pressure was on, creative thinking would happen. In a similar way, he made sure that he learned from the experiences of his parents and from other people he met.

The author was fortunate to have two fathers, and was able to compare their views and habits. He attributes his financial success to the conversations he had with his rich father, and attributes much of his own financial knowledge to the financial lessons he learned. He also uses numerous examples to illustrate his point. Interestingly, the author has a strongly pro-capitalist stance.

Robert Kiyosaki’s rich dad encouraged him not to specialize in one area. He told him to work in different fields and attend meetings. He hoped to gain an understanding of every aspect of building an empire.

If you’re looking to improve your financial situation and get out of the rat race, you’re not alone. Approximately 76% of the population lives from paycheck to paycheck. The reality is that they’re one paycheck away from financial ruin. Many people live paycheck to paycheck, feeling as though they have no control over their finances. They feel as if their income is decreasing year after year, or that they’re stuck paying off their credit cards.

According to Rich dad, the secret to becoming wealthy is to avoid the “rat race” mentality. Rather, pursue financial independence and generate money by taking calculated risks. People often work for money because of a fear of running out of it, and this fear causes them to work hard and overspend.

The Rich Dad’s plan for making money is a blueprint that will help you become rich. It starts with changing the nature of your income and expenses. Instead of spending it on personal things, convert it into business expenses and invest it into a business. In this way, you will harness the power of reinvesting. It is a simple but powerful plan that will help you become rich.

The book was written by Robert Kiyosaki, an American businessman. He is the owner of the Rich Dad Company and Rich Global LLC, a company that specializes in private financial education. His books have sold over 41 million copies worldwide. The first one, Rich Dad Poor Dad, was a best-seller, and has become an enduring classic.

Robert’s plan was inspired by his own experiences. As a boy, he was interested in pursuing a better education and making more money. He and his friend, Mike, even experimented with making coins from toothpaste tubes. They talked to their dads, and Robert’s father told them they should go to school, study, and get a decent job.