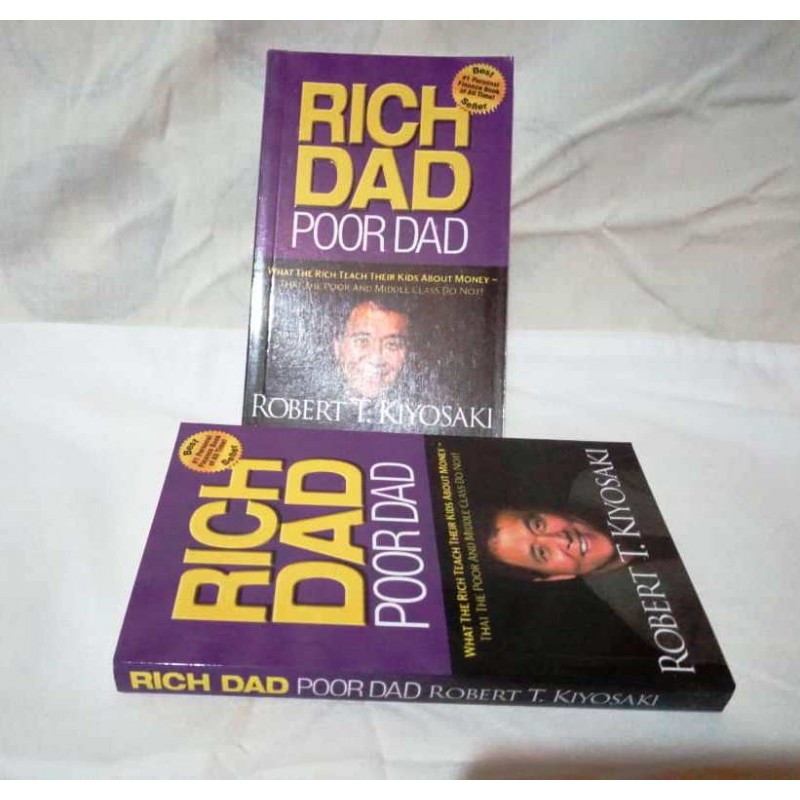 Whether you are a rich or poor father, there are a few ways to make sure you are on track for financial success. Read on to learn more!

Using the example of two fathers, Rich Dad and Poor Dad, author Robert Kiyosaki explores the differences between rich and poor. The book’s two main messages are the need for financial literacy and how to build wealth through assets.

The poor dad’s approach to money was based on working hard and paying the bills. He also believed that education was the key to success.

The “rich dad” on the other hand espoused a more sophisticated view of wealth. He believed that learning about the financial world through attending a seminar or talking to successful individuals would raise his financial IQ.

The poor dad on the other hand was more concerned with securing a job that would provide him with decent pay and a retirement that would not leave him hungry. He also was preoccupied with his company’s insurance, sick leave, and promotions.

Among the most well known books in the world, Rich Dad Poor Dad is the book that teaches you the difference between being rich and being poor. It’s written by Robert Kiyosaki and is based on the story of his own father and his friend’s father. It is a very educational book that explains the mindset of rich people and how to build wealth.

Robert Kiyosaki wrote Rich Dad Poor Dad to defy the myth that one needs to have high income to become rich. Instead, he teaches people how to create investments, leverage investment opportunities, and pay themselves before paying others. He also advocates building wealth through assets and real estate.

Rich Dad Poor Dad has been translated into dozens of languages and has sold over 27 million copies worldwide. The book is written in narrative form, allowing it to convey the mindset of rich people.

Getting rich isn’t about how much money you make. It’s about how well you mind your money. You need to be smart about your money and learn to avoid the mistakes of others. You have to be savvy about what to buy and how to sell it. The rich have a huge advantage over the rest of us because they understand the legal corporate structure that allows them to build corporations without having to personally own them.

The rich are also smart about taxes. They are savvy enough to hire good accountants and persuade politicians to pass laws that benefit them. They can also do something that the poor can’t: create jobs. The government gives tax breaks for things such as building cheap housing and oil exploration.

One of the best tax savings ideas is to become an entrepreneur. The government wants jobs, energy, food and housing. If you can persuade them to give you these things, you’re going to save money in the long run.

Among the many books on personal finance, Rich Dad Poor Dad stands out for many reasons. Among the reasons is the book’s ability to help its readers begin the journey towards wealth by learning some useful investing strategies. The book’s most important message is that you don’t have to be a financial genius to be rich. You can make money with no capital.

Rich Dad Poor Dad is a book written by Robert Kiyosaki that attempts to answer the question, “what’s the best way to get rich?” The book is based on the story of Robert Kiyosaki, a young man who has two fathers. He learned about financial literacy from both of his dads. His rich dad took the time to teach him the many facets of creating a successful empire, while his poor dad tried to take the short cut.

Comparisons with Robert Kiyosaki’s own life

Throughout his life, Robert Kiyosaki has experienced many changes and has faced criticism. However, he has always tried to channel all of these experiences into positive energy. He is a successful investor who owns several companies. He has also written many books, including the Rich Dad Poor Dad series. He was featured on Oprah’s show in 2000.

Robert Kiyosaki was born on Hawaii Island in 1947. He attended the United States Merchant Marine Academy in New York and served as a helicopter gunship pilot during the Vietnam War. He earned an Air Medal for his service.

He has been a public speaker and published more than 26 books, including Rich Dad Poor Dad. Kiyosaki’s books are translated into fifty languages and have sold more than 27 million copies worldwide. He believes that the key to wealth creation is the application of knowledge not learned in school.