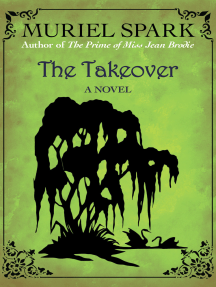 Leaving Scotland for Rhodesia at the age of nineteen has forced me to take care of myself, explore the themes of my childhood, and reflect on the moral truths that lie at the heart of my story. This is a story of an exploration of irony and the plight of those who have been left behind in their struggle to survive.

Leaving Scotland for Rhodesia at 19 forced Muriel Spark to take care of herself. She travelled to Africa with no university training, no patrons, and no patronage of her writing. She was a peripheral figure, but her sojourn was full.

Spark married a young South African man, and had her first child, Robin. She was unable to maintain a good relationship with her son.

After two years, her son reunited with his mother. He wanted to celebrate his bar mitzvah. His mother declined the invitation because her ex-husband was not rich. She sent 50 pounds from her literary prize fund. Afterwards, she became a successful writer.

Muriel Spark’s archive is now housed in the National Library of Scotland, and includes cheque books, receipts, and notes. She also wrote about her time in Africa. But her archive is less extensive for her time in Southern Rhodesia.

As the author of a series of novels, and short stories, and poems, Spark’s African experiences influenced her writing. Her work reflects on the predicament of colonised people and the predatory white colonial men who preyed on them. She also wrote about the harsh realities of life in Southern Rhodesia.

During her time in Rhodesia, Muriel Spark experienced postpartum depression. She was unable to make milk for her baby. She also had trouble with her son.

After her time in Rhodesia, Spark travelled to Edinburgh. She began her literary career, but found it difficult to maintain a career when she returned to Africa. She began writing about her experiences in Africa. She was able to make a living as a writer, but was not able to stay in Africa.

Exploring irony in their plight

Dame Muriel Spark, a Scottish novelist and Catholic convert, once declared there was no such thing as a Catholic novel. That said, her work, albeit scatological, does reflect a sense of moral truth.

In her short stories, Spark was adept at creating tales that delved into childhood themes. “The Go-Away Bird” is a good example. It illustrates individual struggles.

Muriel Spark’s work was influential on a number of other authors, including A.S. Byatt, who would later write the novel The Hothouse by the East River. She also served as a critic, biographer, and poet.

The scrambler telephone is another notable feature in Spark’s work. It appears in several of her stories. It’s a device that highlights both concerns about boundaries and the desire for direct voice communication. It’s also the subject of a story, “Bang-Bang You’re Dead,” which explores the ramifications of childishness in adulthood.

Spark’s other famous story is “The Ballad of Peckham Rye,” in which a young girl searches for identity in a British colony in Africa. She is caught between two cultures and eventually gains influence over government officials.

Another notable Spark story is “The Twins,” a tale of seemingly polite children who exercise insidious control over adults.

A number of commentators on Spark have provided context for her work. This article will discuss some of the key concepts in her work, and demonstrate how her oeuvre continues to be relevant to narrative traditions today. The contributors suggest that Spark’s oeuvre also offers continuing relevance to representational projects today.

In addition to her work as a novelist, Muriel Spark also wrote two short stories. The best known is “The Hothouse by the East River,” which was published in 1973.

Using a figurative approach to her work, Ellensburg-based artist Rachel Harris explores themes of childhood or adolescent memories. The exhibit opens July 1st at Central Washington University and will continue through July 11th, with a reception for the artist on July 11. The exhibit will be open Monday-Friday 8:00-5:00 pm, and Saturdays 2:00-5:00 pm. The exhibit is hosted by the Office of the Provost.

Harris completed a BFA in Studio Art at CWU. She works with oil paints. Her work attempts to engage the viewer in recollection of childhood memories laced with self-doubt.

The exhibit also explores themes of identity and adolescence. The work is accompanied by a song by Talking Heads. The lyrics include advice for listeners, such as “Keep your innocence.” In a song that was released in 1977, Rod Stewart gives advice to listeners about keeping their innocence. The exhibit also features a short film about the artist, Louise Bourgeois, who grew up against a backdrop of First World War. Her mother, Josephine, died when she was 22. Her childhood was shaped by her mother’s illness and her fear of abandonment. The exhibit will be hosted by the Office of the Provost, and will be open Monday-Friday, 8:00-5:00 pm, and Saturdays, 2:00-5:00 pm. The exhibition will be accompanied by a reception for the artist on July 11, and is free and open to the public. If you are interested in learning more about the exhibit, you can contact the Office of the Provost at 509-391-4600. Interested parties can also visit the CWU website.