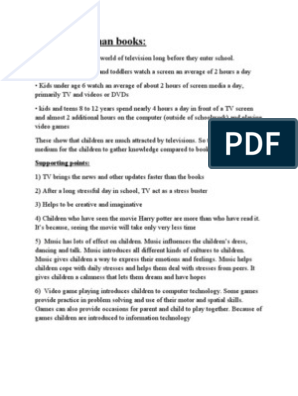 Research has shown that mothers and children who spend time reading books together have greater interaction and communication. They are more likely to ask questions, respond to statements, and discuss concepts. This difference may be due to the nature of the activities. Television is a passive form of entertainment, and people tend not to stop to think about what they are watching.

Impact of tv on cognitive skills

When you are trying to study or concentrate on your TV program or book, you may notice that you can’t focus on the topic at hand. If this is the case, you should consult a doctor. Your physician can prescribe medication or therapy to help improve your attention span. If nothing else, consider using distraction-free environments for your work.

Researchers have found that heavy television viewing has negative effects on mental health. They report that more time spent watching television is associated with depression, loneliness, and lack of self-control. A 2020 study also found that watching television was positively associated with depression, while computer usage was negatively correlated. This is consistent with the fact that television viewing lacks intellectual stimulation, as opposed to using a computer, which provides mental stimulation.

As a result, parents should limit their children’s TV viewing time. The more time children spend watching TV, the less time they have for physical activity, reading, or socializing. While this lack of physical activity is obvious, the lack of intellectual pursuits has more complicated consequences. It is not yet clear whether TV is the cause of brain changes or if binge watching is caused by other conditions or preexisting personal traits.

In addition to causing cognitive decline, prolonged television viewing can also affect early reading, language development, and math skills. Fast-paced and violent TV shows can also negatively affect executive function, a crucial aspect of thinking. Furthermore, young children may be unable to distinguish reality from the virtual realm, making it difficult to differentiate between the two.